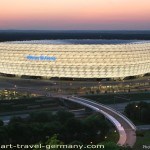 So, unless you’ve been living in a cave…. or, uh…. in the USA, you know that the World Cup started today, or the WM, Weltmeister, here in Germany. The month long, 32 country tournament kicked off tonight with the opening ceremony and the first match in Munich’s brand new Allianz Stadium. So since tickets for the games in Munich sold out about 3 years ago, what better way to watch the game than at one of Munich’s largest biergartens!

I took off work a little early and headed to Augustinerbrau Keller with my friend Andrew. It was a bit crowded, but we manged to find a place to stand for the 2 hours and peer over other’s shoulders while Deutschland beat up on Costa Rica, 4 to 2. 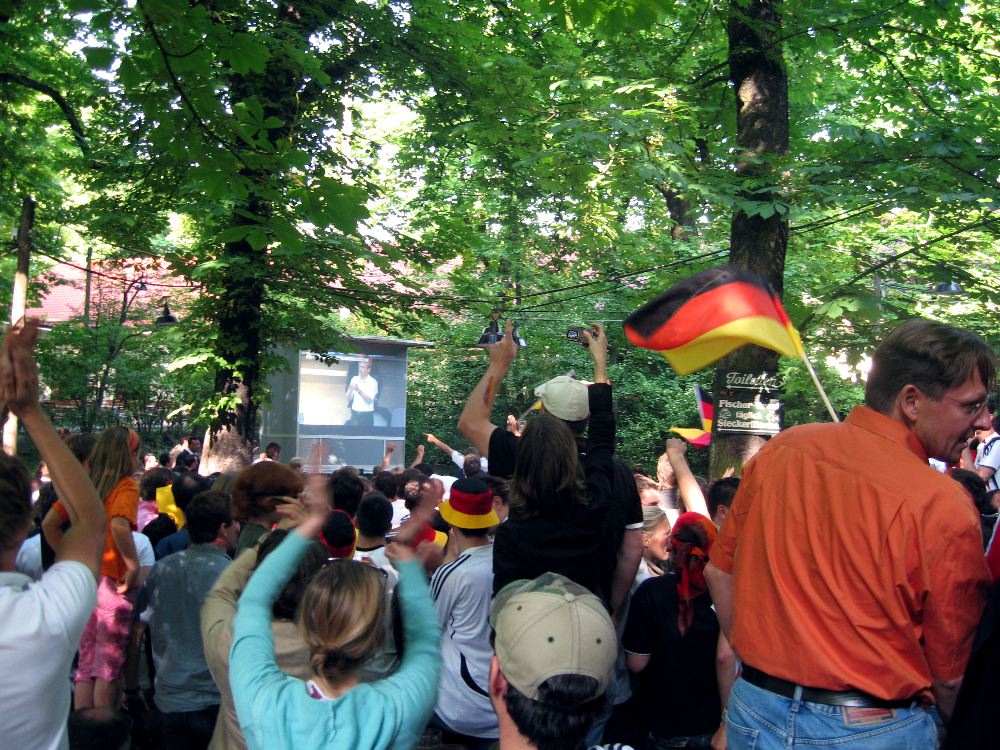 After a nice game of football, it’s time to fill up on some good Chinese food, where, of course, you must take the requisite picture with the enthusiastic group of Asian tourists decked out in native German soccer gear. 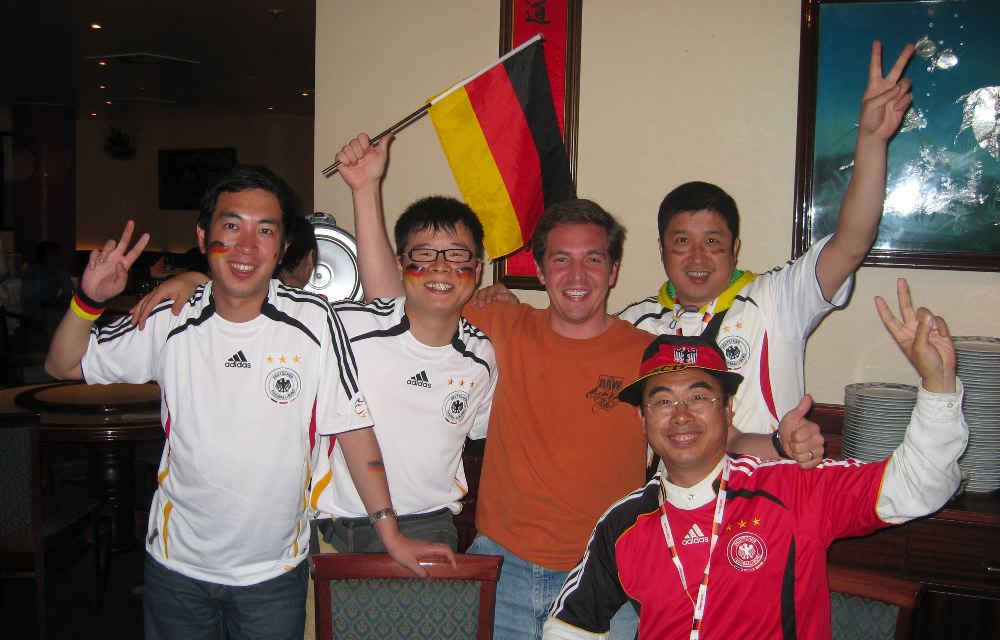 Afterwards, I headed to Marienplatz, Munich Center City, about 3 blocks from my apartment, where the victory celebration was in full swing. What was fun about the celebration though, was that it was more of a welcoming party for all countries and cultures, rather than a victory celebration for Germany on opening night.

Of course we had our German partiers: 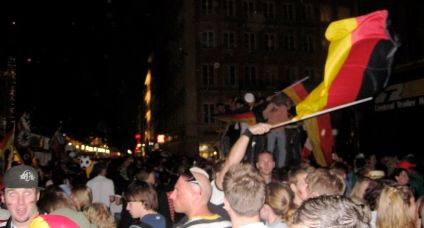 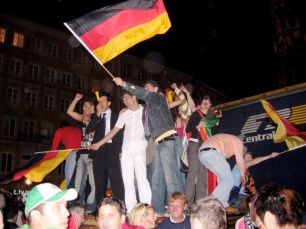 But there were also contingents from Mexico: 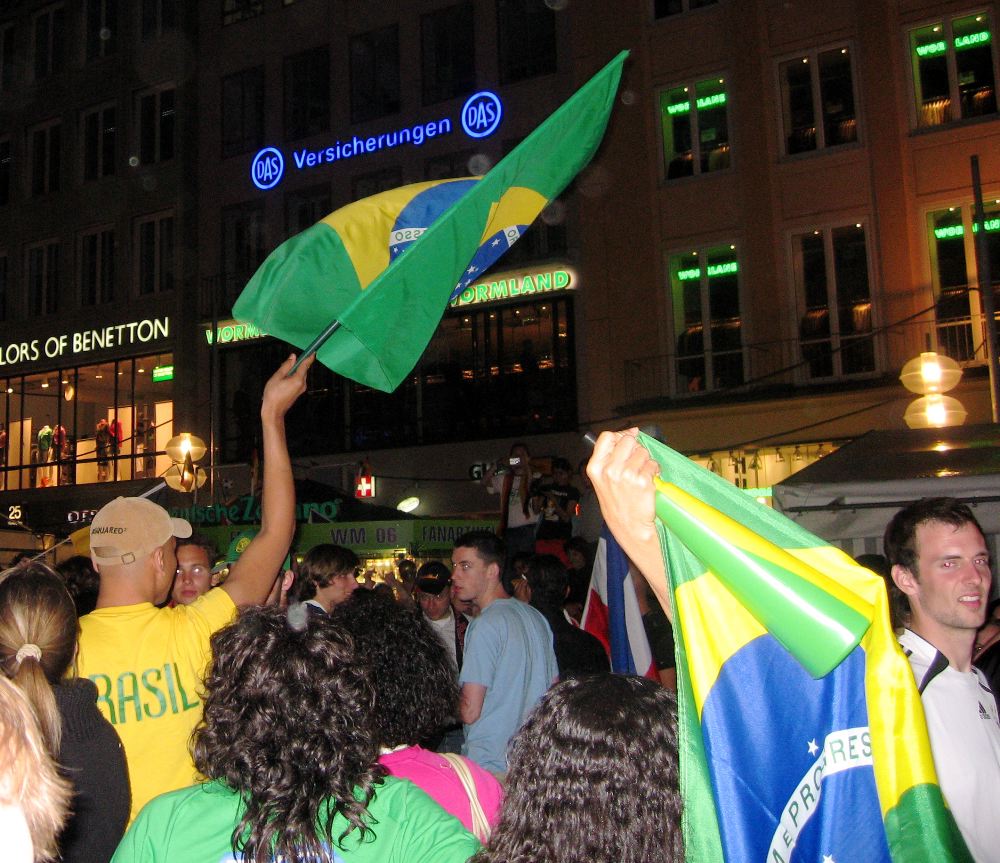 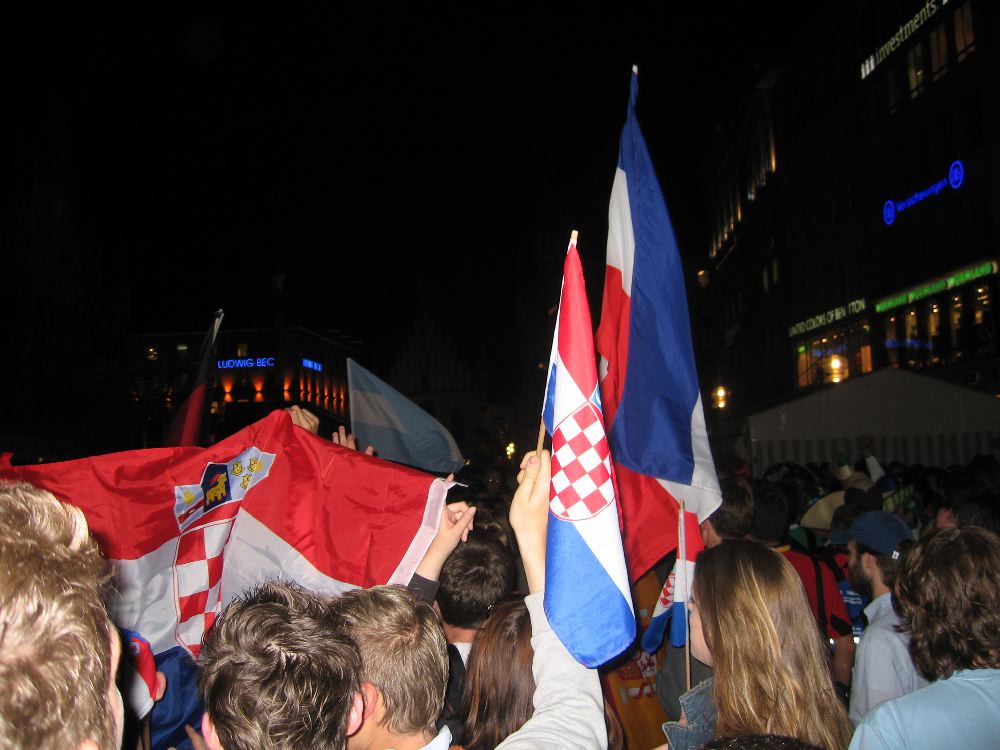 And while wandering through the crowd I heard lots of people speaking English, many of them American English, I didn’t see a single US, England, or Australian flag….

Oh well – check out the rest of the pictures in the gallery, and check back later for more World Cup adventures, including a view from the Dutch perspective, as I visit Amsterdam next weekend!